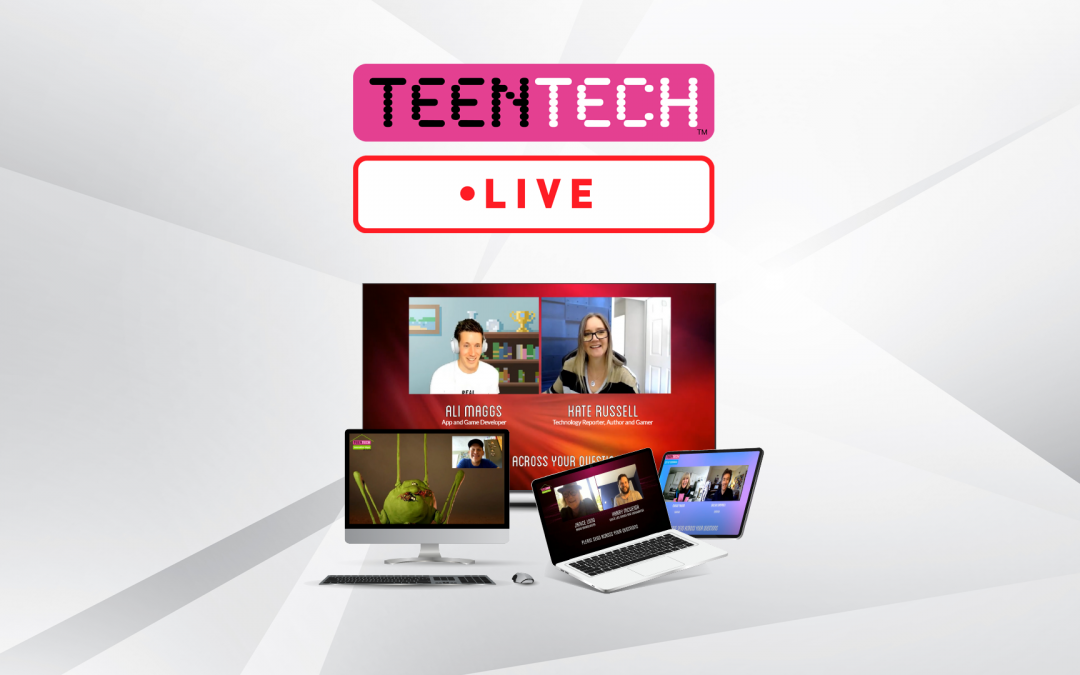 School children and sixth formers are invited to an exciting ten-week programme of interactive live sessions to help them better understand careers in science, technology, engineering and maths.

Delivered by industry-led STEM event host TeenTech®, the online events are available FREE to schools, teachers and families across the North East.

Funded by The Reece Foundation, TeenTech Live North East sessions will focus on opportunities in sectors highlighted by local and national employers themselves. Young people have also selected themes from Game Design, Cyber Security, Coding and Animation to The Future of Transport, Space, The Environment and Health.

Leading businesses and experts – including LM Wind Power – will be on-hand to share their stories on career paths. There’ll also be an insight into the roles that make their companies ‘tick’. For older pupils ‘Innovation’ sessions will set mini challenges around set themes. For younger pupils, there’s a chance to design ideas for a safer, smarter, kinder ‘City of Tomorrow’.

Led by Dr Maggie Philbin OBE (BBC Tomorrow’s World and Bang Goes The Theory) TeenTech has successfully delivered inspiring initiatives nationwide over the past 13 years, introducing thousands of young people to opportunities they may not have realised existed.

“We are delighted to bring TeenTech Live to the North East after a successful pilot scheme held in the region last Christmas”, says Maggie. “It’s a real opportunity for teachers and parents as well as young people to understand more about the fast changing but exciting technology shaping our lives and the skills needed for the next generation to become the innovators of tomorrow. We want young people in the North East to fully understand their own potential and to see the really satisfying career pathways on their own doorstep ”

Industry-leading contributors include LM Wind Power – designers and manufacturers of some of the largest wind turbine blades in the world. They’re constructing a manufacturing facility at Teesside’s biggest Freeport zone in 2023 creating 750 direct renewable energy jobs and 1,500 in the supply chain.

Further details including a pre-recorded briefing, dates and how to register are at www.teentech.com/live/northeast/

There’s also the chance to take part in The TeenTech Awards. Since the awards began 11,000 young people have participated, bringing them into closer contact with employers, mentors and experts in modern industry. www.teentech.com/awards/

Charles Clayton – Degree Apprentice for Vodaphone – 18 years old
“When I was 15, I worked with friends on an idea for an augmented reality comic book app. TeenTech introduced me to Disney Animations CTO, Nick Cannon, who mentored me – and I won! Growing up, there were no video game heroes who were people of colour, so I featured myself as the hero in a space game. We wanted to inspire kids to be successful in tech, so it was important to see someone who looked like me.”

Nicole Hirst – Apprentice print engineer – 17 years old
“I got into TeenTech because I was having a hard time accepting my disability and needed something to join-in with other students. I was such an unconfident, quiet, shy person. Now I have built my confidence. TeenTech has given me a life. I have experienced so many things I would never have been able to do. This included being invited to represent the UK in the USA when I subsequently became runner-up in Young Engineer of the Year. I am now another step closer to my dream of becoming an engineer.”

Lauren Shea BEM (British Empire Medal – Queen’s Birthday Honours 2019) MEng Mechanical Engineering undergraduate – 21 years old
“TeenTech has set me up for life. Without them I wouldn’t have had the work opportunities when I was still under-18. The contacts have been invaluable.”

Thanks to the support of a prestigious list of partners and corporate sponsors, TeenTech now runs a comprehensive programme of regional interactive events, year round award programmes and workshops on company and school sites across the UK, introducing teenagers to opportunities in further education and employment.

Since Covid-19, those sessions are currently being offered online. So far, TeenTech has hosted over 150 virtual sessions helping teachers, pupils, employers and industries to connect. TeenTech experiences are highly regarded by teachers and have won many awards; 98.5% of schools that attended a TeenTech event said they’d attend another.

CEO Maggie Philbin was awarded Digital Leader of the Year in 2016.

Today TeenTech’s powerful collaboration with technology companies as well as education, business, and professional organisations has created an immersive, interactive and high impact series of interventions at crucial milestones in young people’s lives.

TeenTech and their students have also been responsible for national and regional reports on Digital and STEM skills. Their 2015 report ‘Digital Skills for Tomorrow’s World’ was cited over 40 times by the House of Lord’s subsequent report on digital skills. www.teentech.com

The Reece Foundation was established in 2007 by renowned North East engineer and businessman Dr Alan Reece to promote manufacturing and support education relating to engineering, maths and physics. A passionate believer in engineering as a provider of prosperity and enjoyable employment, Alan Reece felt it important to encourage students to become enthused and excited by engineering and ultimately inspired to become our engineers of the future.

The Foundation’s main objective is to increase the long term and sustainable prosperity of the North East of England primarily through the promotion of engineering and manufacturing. In particular, they focus on the improvement of education in engineering and related scientific and mathematical subjects, training in engineering skills, and the development of employment opportunities. www.reece-foundation.org