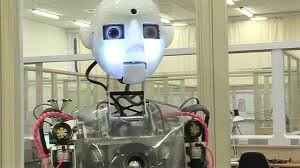 Ever wondered what happens on a TeenTech Innovation day?

These are different to our normal TeenTech event days and are for smaller groups of students, usually focussing on a single area of science, engineering or technology.

For students entering the TeenTech Awards these sessions are a brilliant way to get inspiration or feedback on  ideas.  They’re often a ticket into places you’d never normally have access. On Feb 12th the world class Bristol Robotics Laboratory opened their doors to our students for a very special exclusive event. 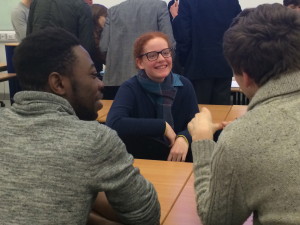 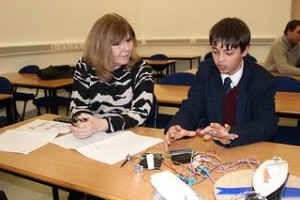 Professor Winfield  gave a lively overview of where robots will take us. He said that when most people think about robots they often have an image of Mars Explorer but these robots were built 25/30 years ago. 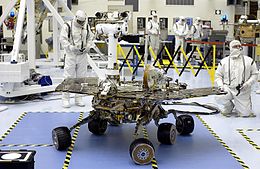 What he calls the second wave of robots will be completely different and designed to work with and alongside people. And working together means more  careful robots

He predicts one of the next big things will be wearable robots. He can see a time when the wheelchair will be completely redundant.

He talked about Scratchbot – a robot with artificial whiskers just like a rat. Unlike cats and dogs which have ‘fixed’ whiskers, rats quite literally whisk their whiskers. This  research project is pushing forward the boundaries of search and rescue equipment but also providing valuable insights into neuroscience.

TeenTech students had a tour of the lab and a chance to see what is believed to be the world’s first Ecobot – a robot with an artificial digestive system which can run for 13 days on 7 dead flies. Apparently toenails or fingernails work just as well. They also watched a demonstration of ‘ethical robots’, robots which understood when another robot was at risk and worked together to keep it out of danger.

Urine-tricicy ++ – another Bristol Robotic s Lab project is now funded by the Gates Foundation and is exploring power of your pee – to power mobile phones in remote areas perhaps.

The group were also asked to consider ethics. Is it acceptable to build robots which can pull the trigger? Should be building robots which might induce emotional dependency? What do you think?