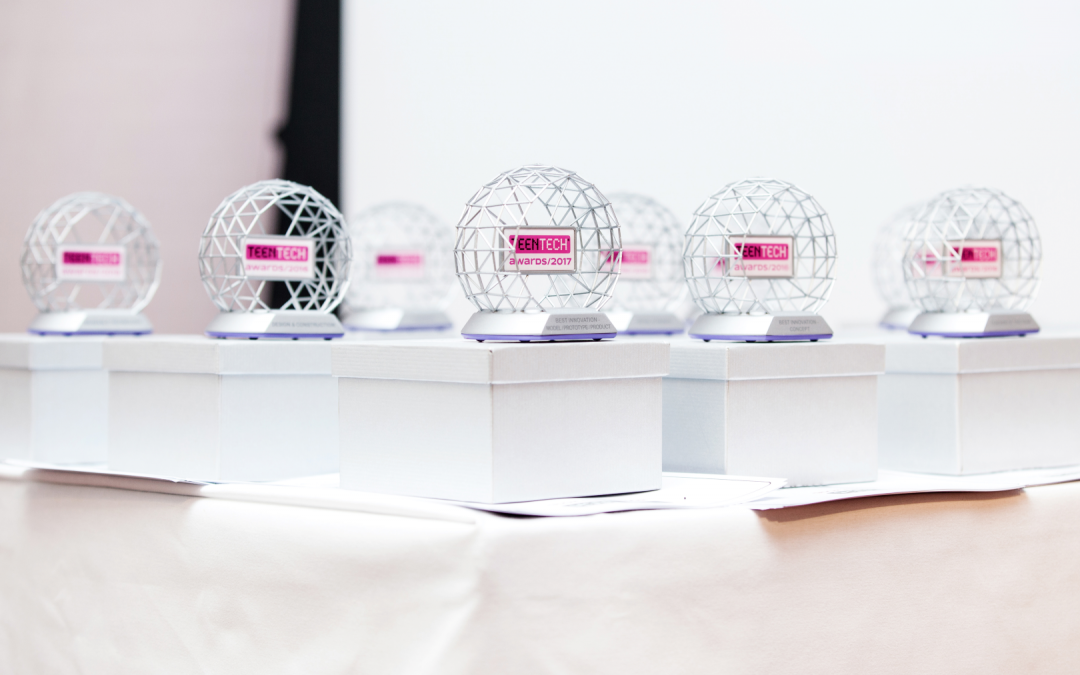 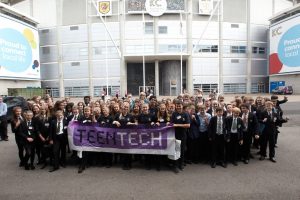 For the last nine months, 2,000 of the UK’s most creative teenagers have been hard at work saving the world – and now the moment of truth has arrived. From floating cities built to tackle rising sea levels, to kinetic batteries aimed at getting kids moving, the teens have come up with a range of incredible innovations aimed at solving the planet’s most pressing problems.

The pioneering teens are competing in the 2017 TeenTech Awards, an initiative run by TeenTech with leading industry partners that challenges young people aged 11-18 to develop solutions to key societal, health and environmental issues using the power of science, technology and engineering.

Today, 2017’s 63 projects and 143 TeenTech finalists are unveiled. And for the second year running, girls are leading the charge, with 56% of the short-list female. That’s despite research by the WISE campaign revealing four in five (79%) of science, engineering, technology and maths (STEM) jobs in the UK continue to be held by men.Figures from the Women’s Engineering Society, also show the UK has the lowest percentage of female engineering professionals in Europe. 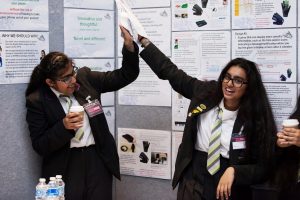 The finalists have less than a week to hone their innovations before presenting them live at the Royal Society on 26 June to a panel of judges made up of celebrities, journalists and eminent academics, including Channel 4’s Dr Christian Jessen, BBC technology correspondent Rory Cellan-Jones, BBC Click reporter Kate Russell, and science and tech reporter Dallas Campbell. The winning teens will then be invited to present their idea to HRH The Duke of York.

“This is the fifth annual TeenTech Awards and we’re constantly blown away by the standard of entries. 2017 has been no exception and we’re seeing again how with the right support and encouragement, young people are more than capable of shaping their own future. The Awards are without doubt the highlight of the TeenTech calendar and really sum up what we’re about: embracing creative talent; putting youngsters face-to-face with industry professionals; and inspiring them to see the power and potential of their ideas. It’s also exciting to see the girls continuing to buck STEM traditions by leading the way.”

Among the most important aspects of the TeenTech Awards are the resources and year-round support offered to every student and school taking part. This includes a team of expert mentors providing feedback and advice, and a series of live innovation events and workshops with more than 200 scientists, engineers and technology pioneers from companies such  as Atkins, Airbus, Marks and Spencer, Symantec, FDM Group, London Zoo and TFL. For the first time, UK students taking part were also joined this year by teams from Spain, Finland and Hungary.

One team, Sula, Maxine and Bluebelle from Camden Girls School, says: “The TeenTech Awards gave us the skills to take our idea and turn it into a reality. Our design, research, project development, financial and timing skills have developed too. We’ve all learnt how to be real entrepreneurs with knowledge and integrity in our product and in our own pitching skills. For that, we’re forever grateful.” 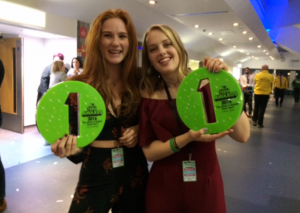 Teacher Henry Hammond from Alexandra Park School in Haringey adds: ‘‘The TeenTech Awards are a fantastic chance for students with creative ideas to formalise the design and prototype process, and bring their inventions nearer to reality. They’re also a terrific opportunity for businesses and academics to see just how entrepreneurial and tech-savvy the youngsters of today can be. Our students loved the whole process and their enthusiasm was infectious.”

Previous finalists in the TeenTech Awards include Lauren and Lucy from Alton who, in October, were officially crowned 2016’s ‘Teen Heroes of the year’ by BBC Radio 1 in front of a 10,000-strong crowd at Wembley. The two girls came up with an idea for an intelligent medical shuttle and now act as TeenTech Young Ambassadors to other schools. Other Awards participants have gone on to win Arkwright scholarships, while TeenTech projects have also won ‘Young Engineer of the Year’ for the last two years in a row.

Registration is now open for the TeenTech Awards 2018.

About the TeenTech Awards

The TeenTech Awards are an annual initiative run by TeenTech that challenges young people aged 11-18 to tackle key societal and environmental issues using the power of science, technology and engineering. Each year, finalists present their ideas live to a panel of judges made up of celebrities, journalists and eminent academics. The overall winners will then be invited to present their idea to HRH Duke of York. For the first time in 2017, UK teams are joined in the competition by participants from Spain, Finland and Hungary. Award sponsors include Airbus, Atkins, Cranfield University, CILIP, AQA, FDM Group, JVCKenwood, Marks and Spencer, Symantec and London Livery company, ‘The Fuellers”. In addition, more than 35 Universities and 70 companies mentor students for the TeenTech Awards.

TeenTech is an award winning, industry-led initiative, co-founded by Maggie Philbin OBE (BBC Tomorrow’s World) and Chris Dodson, OBE. The first TeenTech event ran in the Thames Valley in November 2008. Thanks to the support of a prestigious list of partners and corporate sponsors, TeenTech now run initiatives across the UK for young people aged 8-18, introducing thousands of UK teenagers to opportunities in further education and employment. It also offers a programme for younger students called ‘TeenTech City of Tomorrow”. For more information about TeenTech, visit https://wizardly-joliot.217-160-243-71.plesk.page.

About TeenTech in Education

Research shows the TeenTech programmes helps teenagers refocus their thinking about school subject choices and consider career paths they never knew existed.  Girls in particular are enthused to reconsider – at one London event only 22% were fairly or very interested in a career in engineering but by the end of the day 78% felt that way. TeenTech has also benefitted entire schools, giving teachers confidence in both their own and their students potential.